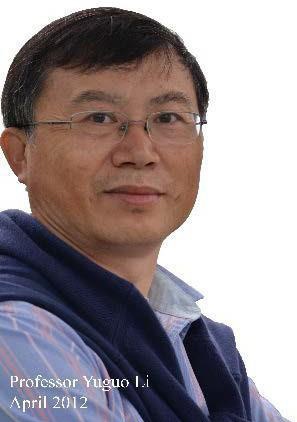 Yuguo Li is a Professor and Head of Department of Mechanical Engineering, the University of Hong Kong. He joined the University in 2000. Li was a Principal Research Scientist and the team leader of indoor environments at CSIRO Australia prior to 2000. He received BSc (Refrigeration Engineering) from Shanghai Jiaotong University in 1986 and did MSc (Thermal Engineering) in Tsinghua University in 1988 (passed, not awarded due to overseas study), and received from the Royal Institute of Technology in Stockholm a Tech Lic (Heating and Ventilation) in 1990 and PhD (Fluid Mechanics) in 1992.

He is active in industry and government consultation. He led and drafted 2009 WHO guidelines on natural ventilation and co-drafted the 2007 WHO interim infection control guidelines. He also assisted the Ministry of Agriculture, China in developing strategies on rural home energy efficiency and the future for Chinese kangs.

He was the President of Indoor Air 2014 conference.
Corporate and Other Organizational Members
Any reference obtained from this Website to a Corporate/Other Organizational Member does not constitute or imply an endorsement by ISIAQ of the product, process, or service, of its producer or provider. The views and opinions expressed by any Corporate Members do not necessarily state or reflect those of ISIAQ.